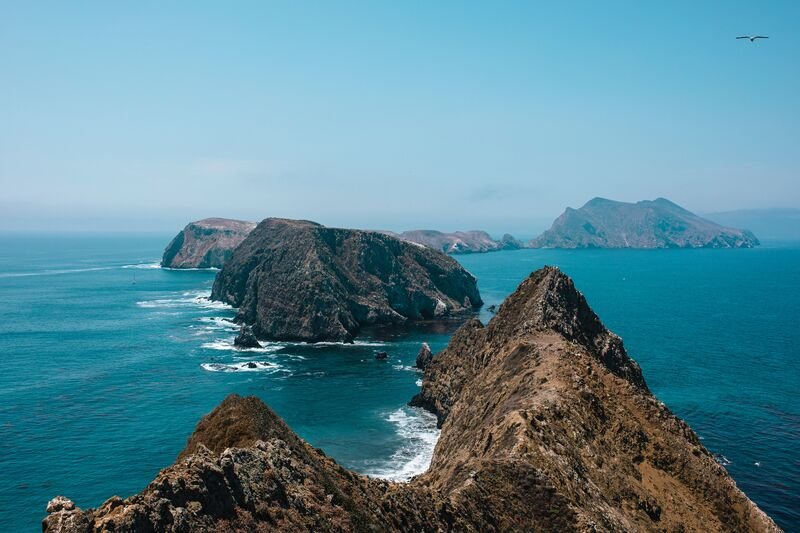 To mark World Oceans Day 2022, Secretary of the Interior Deb Haaland issued Secretary’s Order 3407, which initiates a plan “to reduce the procurement, sale, and distribution of single-use products and packaging.” The order is also designed to phase out all single-use plastic products across Department-managed lands by the year 2032.

The Interior Department has an obligation to play a leading role in reducing the impact of plastic waste on our ecosystems and our climate. As the steward of the nation’s public lands, including national parks and national wildlife refuges, and as the agency responsible for the conservation and management of fish, wildlife, plants and their habitats, we are uniquely positioned to do better for our Earth. Today’s Order will ensure that the Department’s sustainability plans include bold action on phasing out single-use plastic products as we seek to protect our natural environment and the communities around them.

This Department-wide approach to reducing plastic pollution was initiated by implementation of President Biden’s Executive Order 14057, which requires federal agencies to eliminate waste, prevent pollution, support recycling markets, and promote the transition to a circular economy by diverting waste from landfills, among other measures. The Department of the Interior Order spans its 11 bureaus. The plan to eliminate single-use plastics will be rolled out over the next ten years.

The announcement comes after months of campaigning by NGOs, including Plastic Pollution Coalition. Many of the NGOs involved had an overwhelmingly positive reaction to today’s news, however, they reiterate the urgency of the situation and encourage the Department to move as quickly as possible.

Today we celebrate this win and we applaud Secretary Haaland, Director Sams, and the Department of the Interior for their commitment to protecting our U.S. National Parks from plastic pollution. We will continue working with our coalition members and partners to push for these changes to happen even more quickly, because plastic pollutes at every stage of its existence. In addition to trashing beautiful landscapes, the production, transport, and disposal of plastic disproportionately impact BIPOC, low-income, and rural communities. Plastic and its toxic chemicals have no place in a more just, equitable future.

Our national parks, by definition, are protected areas—ones that Americans have loved for their natural beauty and history for over a century—and yet we have failed to protect them from plastic for far too long. The Department of the Interior’s single-use plastic ban will curb millions of pounds of unnecessary disposable plastic in our national parks and other public lands, where it can end up polluting these special areas. We applaud President Biden and U.S. Interior Secretary Deb Haaland for recognizing the devastating impact single-use plastic is having on our planet and taking meaningful action to keep this persistent pollutant out of our oceans and communities. We urge the secretary and Interior Department to move swiftly to carry out these changes to protect our parks from single-use plastic.

The Action Follows Months of Campaigning by Diverse Coalition Partners

The campaign that led to this moment has been ongoing since last summer. In July 2021, a diverse group of more than 300 nonprofits, organizations, and businesses sent a letter to U.S. Interior Secretary Deb Haaland urging her to direct the National Park Service to eliminate the sale and distribution of polystyrene-foam products and single-use plastic bottles, bags, and foodware (including cups, plates, bowls, and utensils) in national parks.

Several NGOs also collaborated on a recent action allowing people to send letters to U.S. Representatives and Senators asking them to sponsor the Reducing Waste in National Parks Act (S.2960/H.R.5533). More than 8,000 letters were sent. There was also an ask to members of Congress during National Parks Week (April 16–24) 2022 to make our national parks plastic-free spaces.

Single-Use Plastics Have No Place in National Parks

The National Park Service reports managing nearly 70 million pounds of waste per year, much of it plastic. Presently, about 400 million metric tons of plastic are produced globally each year, and only a small fraction is recycled—just five to six percent in the United States. The majority of plastic that is produced ultimately ends up in landfills and the natural environment—including in the oceans. In nature, plastics rapidly break up into tiny pieces known as microplastics, which are toxic and easily ingested, inhaled, and absorbed into the bodies of people and other animals. Microplastics are widespread and harmful, polluting Earth’s air, soils, waters, oceans, and many plants.

National Parks cover more than 85 million acres in every state, the District of Columbia, American Samoa, Guam, Puerto Rico, and the Virgin Islands and attract nearly 300 million visitors per year. We must recognize these lands were once home to Indigenous peoples, who were their original stewards and who were removed—often forcibly—from them. Better caring for National Parks cannot reverse this abhorrent history, but the U.S. government can and should take action to honor Indigenous peoples and their legacy of stewardship.

By eliminating plastics from National Parks, the U.S. government is improving its stewardship of culturally and environmentally important lands. Such protection will better sustain future generations of people and the important ecosystems we rely upon to live.