A Pro Bono Powerhouse for Southern California and Beyond 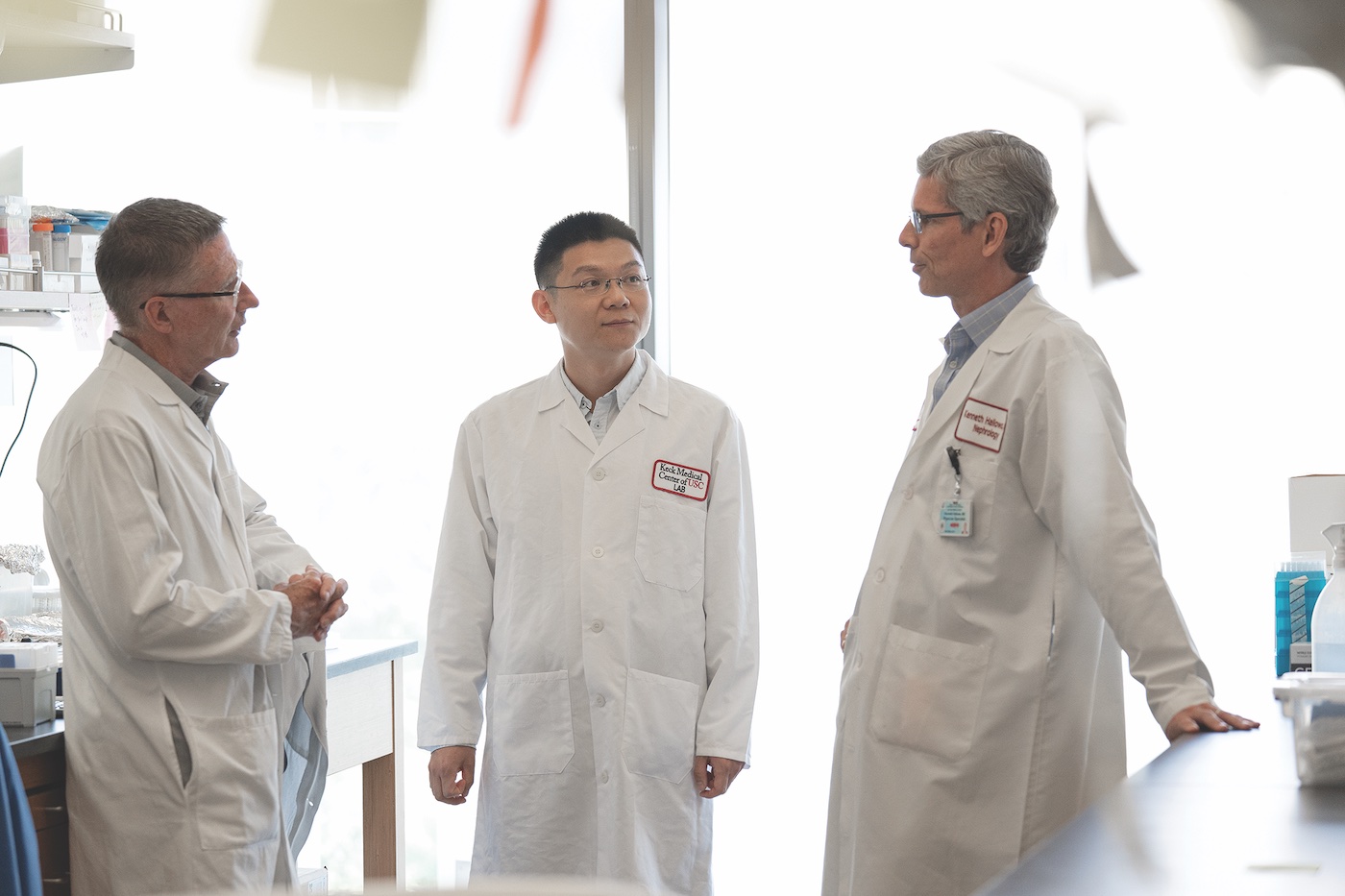 Some 37 million people – more than 15 percent of the adult population – suffer from chronic kidney disease, according to the National Kidney Foundation. The disease kills more people each year than breast or prostate cancer, making it the leading under-recognized public health crisis in this country.

To combat this killer, scientists at the Keck School of Medicine of USC are working on a revolutionary cell-based synthetic kidney research project that could spare patients from painful, time-consuming dialysis and save millions of lives. To wage a multi-front assault on kidney disease, the researchers have partnered with investigators from a wide range of disciplines through the USC Stem Cell initiative, which brings together scientists, engineers, and clinicians from departments, centers, divisions, and institutions across the university and Children’s Hospital Los Angeles.

One of the key players in the kidney effort is Andrew McMahon, PhD, the W. M. Keck Provost and University Professor of Stem Cell Biology and Regenerative Medicine, and Biological Sciences. McMahon brings 20 years of experience in studying how a kidney is built from progenitor cells, and in developing stem cell-based disease models known as organoids.

His background as a developmental biologist allows him to approach the task of creating synthetic kidneys by focusing on how embryonic and fetal systems develop an organ system.

“My expertise is how you take a naive group of cells and establish them as a physiologically active organ system, as well as understanding how the kidney establishes itself during normal life,” McMahon says. “To do this you take stem cells, like the ones in an embryo, and you provide them with conditions in which they can self-assemble and organize as they do in development to generate complex structures, brain, eyes, intestines, and kidneys.”

McMahon credits USC Assistant Professor of Medicine and Stem Cell Biology and Regenerative Medicine Zhongwei Li with leading the university’s research on developing progenitor cells, which are special, short-lived stem cells that only exist in the laboratory setting, and that have proven crucial to creating synthetic kidneys.

“What nobody has done until now is recognize what the progenitor cells can do,” McMahon says. “Each progenitor cell type has a specific mission. For example, nephron progenitors generate the functional units of the kidney, while vascular progenitors provide the critical blood supply for kidney filtering and resorption. Bringing these different progenitor cells together so they interact is critical for the assembly of a normal, functioning kidney.”

Once the task of creating a functioning synthetic kidney in the lab is complete, the next step will be making an artificial kidney that can be grown in a living animal, specifically a pig, says McMahon.

“Making a full-sized fully functional kidney is the ultimate goal,” he adds. “This will benefit patients by keeping them off dialysis. When a patient enters dialysis, the mean survival time is between three and a half to five years. It is a poor prognosis for them. Our goal is to help them stay off dialysis and enjoy a much more normal life.”

We are dedicated to promoting health, preventing and curing disease, advancing biomedical research and educating tomorrow’s physicians and scientists.

This will hopefully be the anchor of a new biomedical corridor in the region, where the nation’s most cutting-edge research is conducted by some of the brightest minds in science.

Hope for Those With Kidney Disease

Without treatment, chronic kidney disease – which affects one in seven Americans – often leads to kidney failure and then there is only one long-term solution: a kidney transplant. Today, 100,000 Americans are waiting for a new kidney, but only 20,000 kidneys will be available for transplant this year. Doctors and researchers from USC Stem Cell and the Keck School of Medicine’s Division of Nephrology and Hypertension launched a project to use stem cells to build a fully functioning kidney that can replace a failing one. The goal is to make a synthetic kidney that provides sufficient function for a person in renal failure to stay alive and off dialysis while they await a transplant. If successful, a synthetic kidney can save millions of lives and vastly improve the quality of life for individuals awaiting kidney transplants.