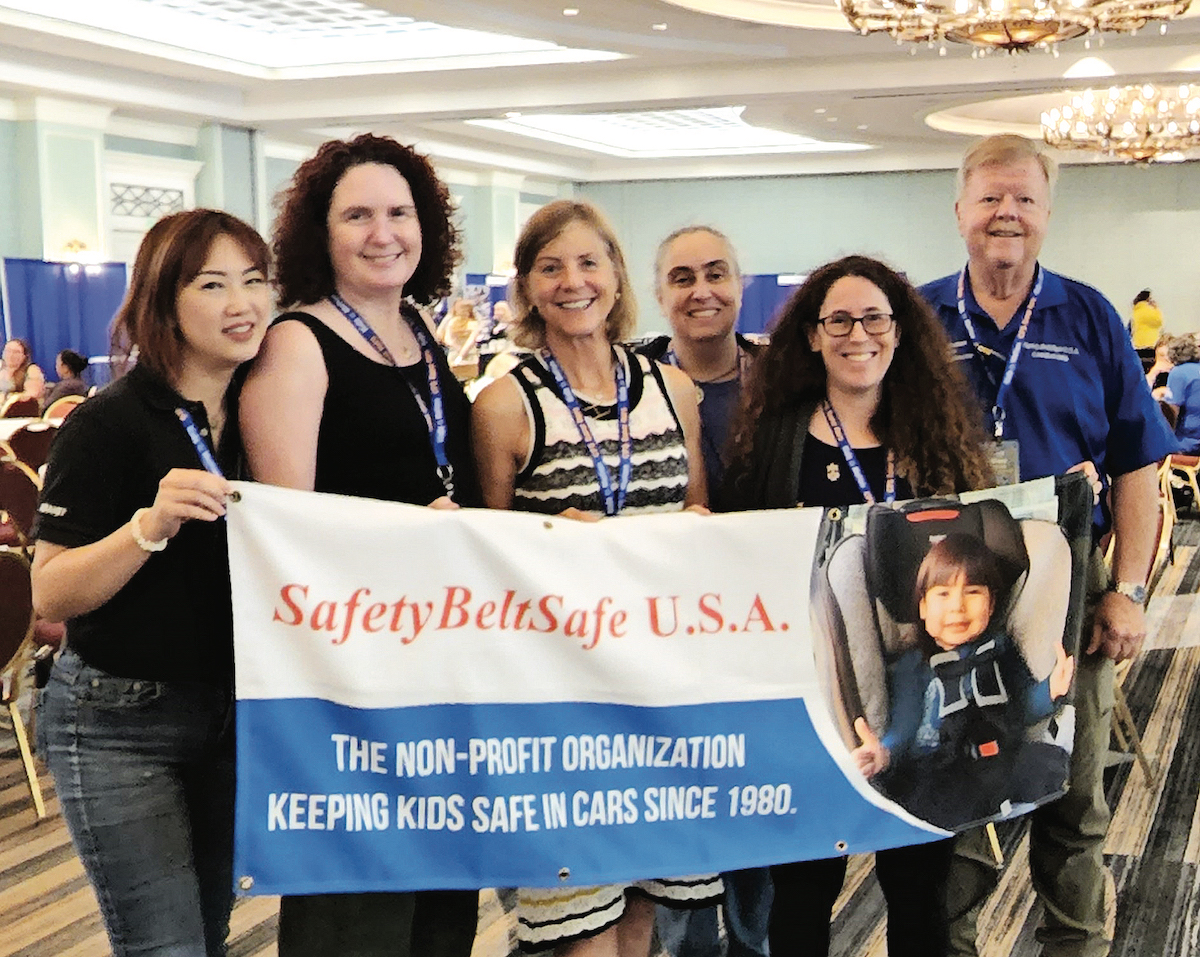 Marc Cohen knows just how catastrophic an incorrectly installed car seat can be. On an otherwise ordinary day, his 21-year-old daughter was with his 22-month-old grandson when they were hit by an intoxicated driver.

They thought they’d done everything right. His grandson was strapped in the back, in his car seat. But the police who responded to the devastating car crash told Cohen that the car seat was installed incorrectly. His daughter and grandson both perished in the accident.

Instead of turning his agonizing pain into antipathy, Cohen channeled it into action. Within six months he had finished training to become a certified Child Passenger Safety Technician (CPST). He learned exactly how car seats should be installed and how to teach other parents how to install them.

“It’s a certification of knowledge. Because every car seat has its own recipe for installation. Every car seat is different,” Cohen says. Beyond teaching car seat safety himself, Cohen is on a mission to save as many lives as possible as Executive Director of SafetyBeltSafe U.S.A., a nonprofit based in Los Angeles dedicated to child passenger safety.

The need for car seat safety couldn’t be greater. In 2020, an average of three children were killed every day and an estimated 380 children were injured in traffic crashes across the U.S., according to the National Highway Traffic Safety Administration (NHTSA). Motor vehicle crashes remain a leading cause of death for children. However, NHTSA says that when installed correctly, car seats can reduce the risk of fatal injury by 71% for infants and by 54% for toddlers.

But the simple fact is, most parents do not know if their child’s car seat is installed properly.

Cohen tells the story of how SafetyBeltSafe U.S.A. received a call from a parent that the nonprofit had taught how to install a car seat. She’d been in a car crash and was seriously injured. “I was afraid to ask if her children were in the car…but I did,” Cohen says. She paused. I couldn’t breathe. Then she told me. “Yes.  Not a scratch on them.”

To help reduce the number of serious and fatal traffic injuries suffered by children by promoting the correct, consistent use of safety seats and safety belts.

A certified instructor at SafetyBeltSafe U.S.A. offered to help me with our two car seats. They took the time to explain and teach me how to install the seats and how to keep my children safer in the car.

A few months later, both children were in my Expedition. As we exited a parking lot, we were slammed on the right side where my one-year-old sat. He was not making any noise! I panicked. His side of the car was crushed. Finally, my little one started screaming.

Ignoring my pain, I climbed into the back seat and was able to see them. Emergency vehicles arrived and I was put in an ambulance (turns out I had a concussion, two spinal fractures, and two herniated discs in my back).A firefighter told me that both my children were fine and that what saved them was how well their car seats were installed and how well they fit into them. I am forever grateful to SafetyBeltSafe U.S.A. for saving my children’s lives that day, it would have been a lot worse had it not been for their car seats being installed properly.

Six Simple Ways to Save Children

The correct use of a child restraint system appropriate for a child’s age SAVES LIVES. You can help SafetyBeltSafe U.S.A. keep children safe: