Eyeglasses: The Critical Difference for So Many Struggling Students 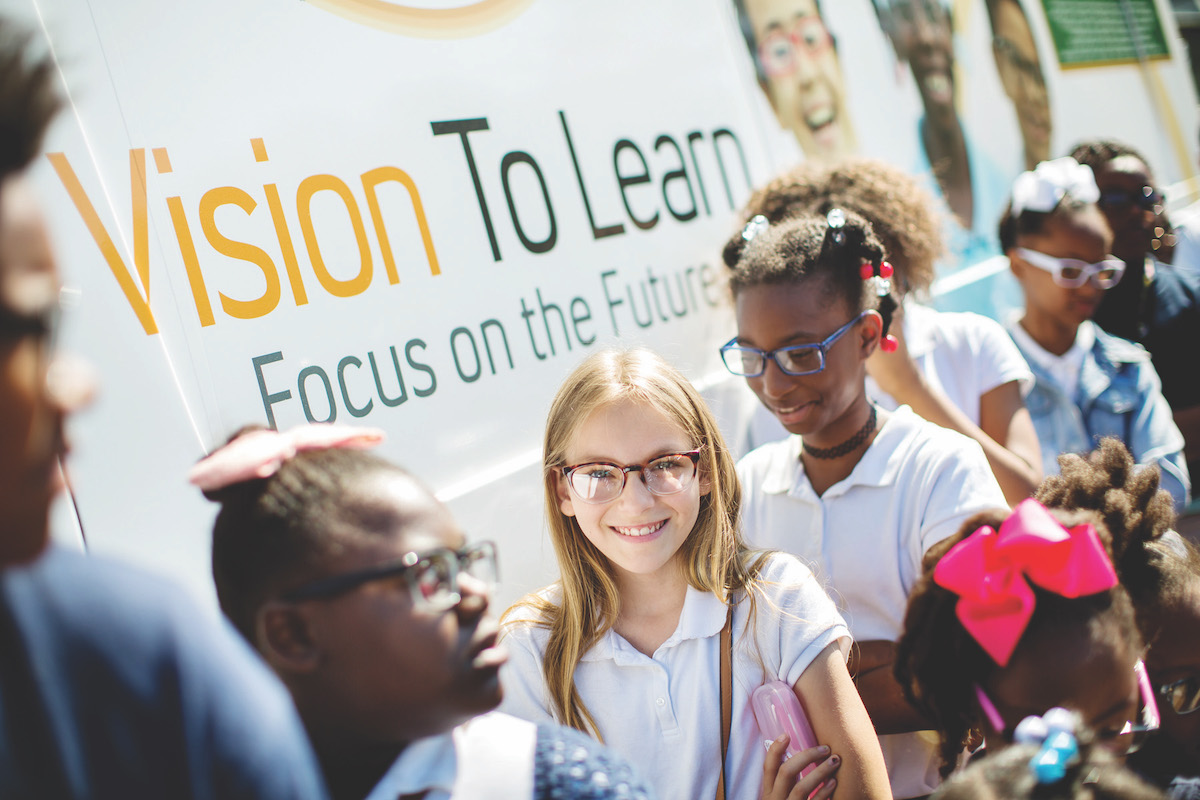 Vision To Learn was founded in Los Angeles in 2012 to ensure that every child in America has the glasses they need to succeed in school.

Five-year-old Noah was almost legally blind, pressing his nose against the page to make sense of the words. Then a mobile eye clinic showed up at his kindergarten and ordered him his first pair of glasses, for free.

Noah is among the nearly 500,000 kids across the nation with poor eyesight given a clear shot at the blackboard by Vision To Learn, a Los Angeles-based nonprofit agency dedicated to ensuring each child has the glasses they need to succeed in school and in life.

More than two million students across the country lack the glasses they need to succeed in school. Students with uncorrected vision problems often avoid reading, suffer headaches, and have trouble focusing in class because most learning in the first 12 years is visual.

Many end up failing grades, dropping out of school, or engaging in disruptive behavior. Up to 70 percent of juvenile offenders have issues related to uncorrected vision, the nonprofit reported.

Enter Vision To Learn, founded a decade ago with a single mobile eye clinic in Los Angeles and the vision of its founder: businessman and philanthropist Austin Beutner.

“Every child, every school, everywhere in the country should have the glasses they need to succeed in school and in life,” says Beutner.

Bringing the care involves rolling up in a specially designed mobile vision clinic. A licensed optometrist then provides eye exams for all students who fail an initial screening. Kids who need glasses then choose among a variety of frames.

Two weeks later, Vision To Learn returns to hand them a free pair of prescription glasses. If they’re lost or broken, they’re replaced free of charge.

Studies at UCLA and John Hopkins University show that the free eyeglasses from Vision To Learn have enabled kids with poor vision – especially those at the bottom of their classes – to do better in school.

Vision To Learn helps thousands of students throughout Los Angeles, Long Beach, Inglewood, and Compton. Nationally, they have 42 clinics that serve more than 750 underserved communities in 13 states and the District of Columbia. This year, the organization expects to give 100,000 pairs of prescription glasses to needy kids, an agency record.

“Time and time again, every day, when a child gets their glasses, they put them on their nose, and then there’s this huge smile on their face,” says Ann Hollister, Vision To Learn’s president.

For Noah, the new glasses were a godsend.

“He was actually two lines away from being legally blind,” his mother says, choking with emotion during a YouTube testimonial. “Amazing, just to see the growth that has happened since he’s gotten his glasses – he just seems like a happier child.”

Vision To Learn was founded to make sure every child has the glasses he or she needs to succeed in school and in life. Its mobile clinics solve the problem by bringing eye exams and glasses, free of charge, to children at schools in low-income communities.

No Kid Without the Glasses They Need

Vision To Learn is looking for the support it needs to give free eyeglasses to every needy kid in America. That means it won’t stop until the two million kids who need glasses, have glasses.

“Our goal is to scale this so that no kid goes without the glasses they need to succeed in school,” says Ann Hollister, Vision To Learn’s president. “We want to go wherever there is a need not being met.”