The Arts of Restitution: A Natural 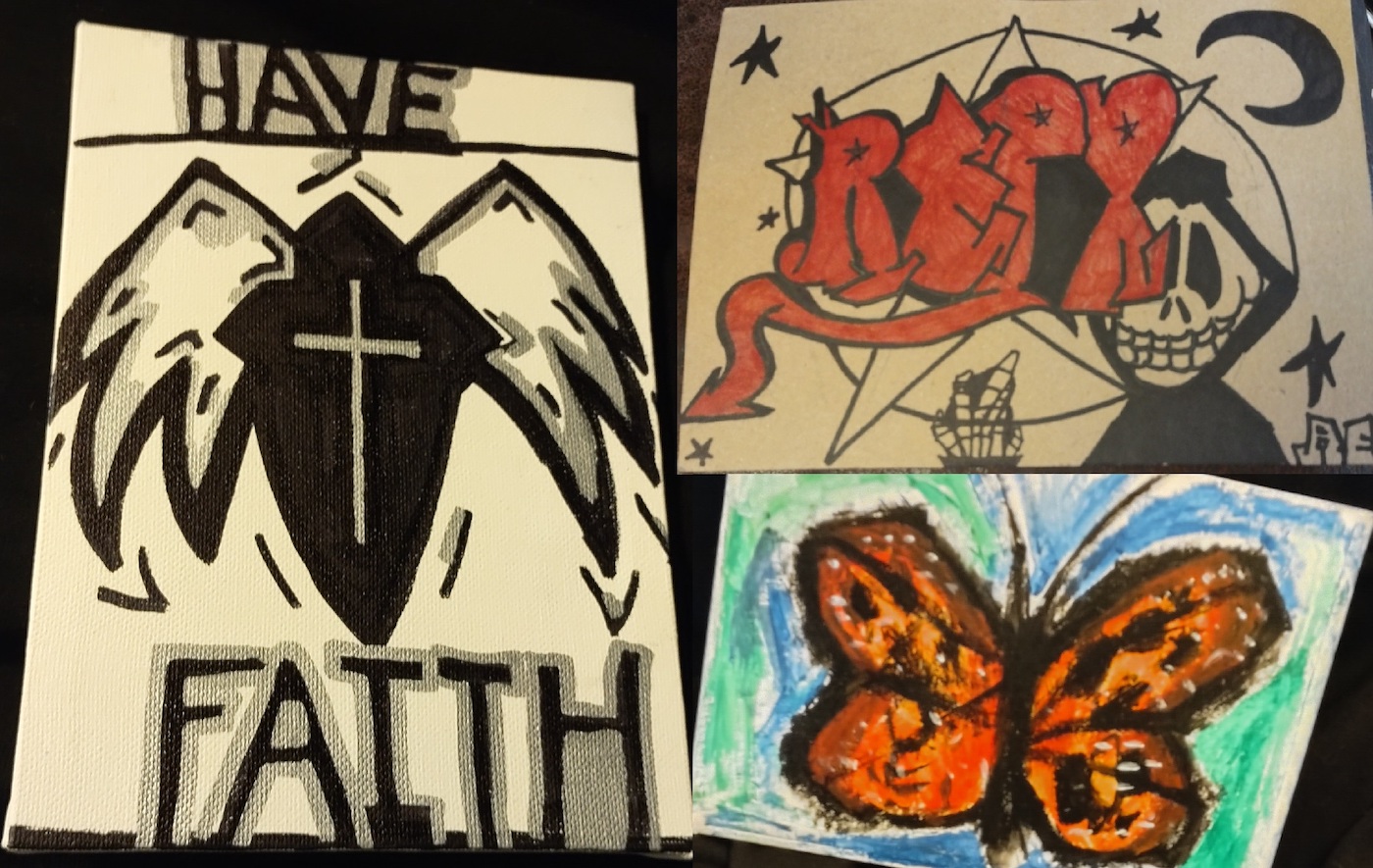 CYS youth participants often have a talent that is revealed during mediation and provides a springboard for a meaningful restitution. Recently, 17-year-old student and artist Dilan (not his real name) was referred to CYS after shoplifting a pair of expensive jeans. In approaching the case, volunteer mediator Mandy Lande recalled that teens tend to see more gray area in the law. “Teen thinking,” she notes, “can help explain things like the shoplifting that brings many youth to CYS.” Mandy asked Dilan if there were outside influences on his actions that day, but he told everyone he was fully responsible. Mandy and co-mediator Lisa Yassinger then explored how Dilan’s action reflected on the kind of person he wanted to be. Asked to think of five words he would like others to use when describing him, Dilan offered: smart, responsible, respectful, loyal, and reliable. His mom added that Dilan was caring, artistic, and intellectual, and recalled how much it hurt to see him in custody. Tears came to Dilan’s eyes as his mom spoke, and he agreed that his actions did not live up to the person he wanted to be. As thoughts turned to restitution, the surrogate victim mentioned Dilan’s artistic talent and asked if, in addition to a letter of apology, he could submit a few new drawings. Dilan embraced the suggestion enthusiastically, sharing that he was working on hoodie designs and hoped to create a business around them someday. Thanks to our CYS volunteers, another grateful teen found a personal connection to restitution and is on track to pursue his dreams.

Centinela Youth Services strengthens families and communities and helps build successful students and productive adults, leveraging the principles of restorative justice to empower peaceful conflict resolution.  We are committed to ending the institutionalized practices in schools and justice systems that are primarily responsible for maintaining the school-to-prison pipeline, and disproportionately impact youth of color.

The current punitive justice system doesn’t work, so we have to figure out a way to stop the cycle. We cannot continue to lock kids up and throw them away like they don’t matter.

Become a Champion for Change

Centinela Youth Services has a long-term vision to ensure all youths have an equal opportunity to thrive and become contributing members of their communities.

Donors who commit to three years of giving at least $1,000 annually have the opportunity to hear directly from impacted families, learn about system equity issues and help advise on CYS’s policy change efforts. Contributors will help CYS reach more young people, going beyond the 2,500 it already serves each year.

Ellis says it’s not enough to simply provide direct services to families in need if the organization isn’t simultaneously addressing the systemic causes that drove the need in the first place: “We’d like to give our supporters more of a window on these often-unseen forces at work.”