Standing up for Refugees Across the Globe 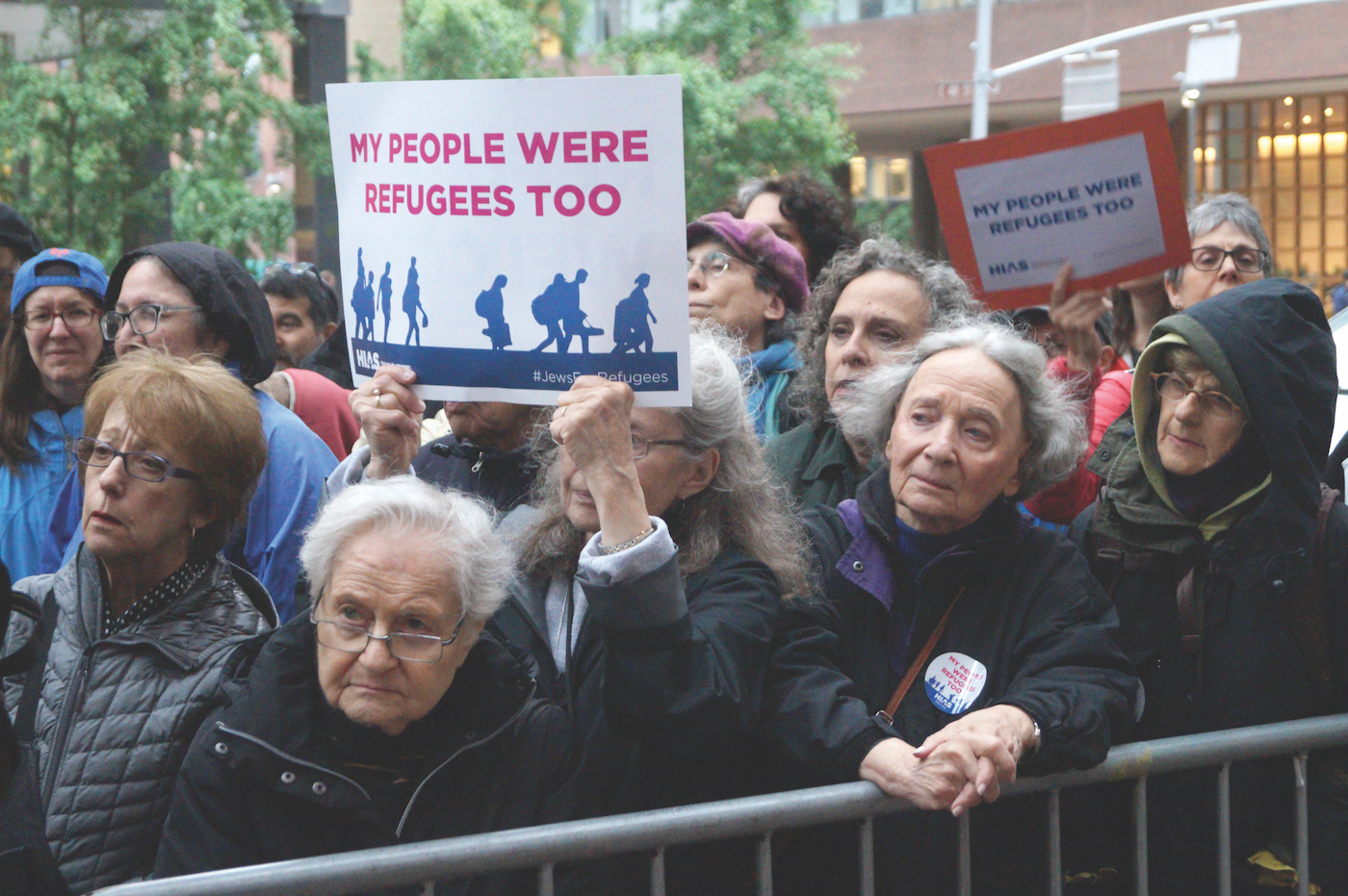 HIAS, founded in the 1880s as the Hebrew Immigrant Aid Society to assist Jewish refugees arriving in the United States, is by most measures the oldest continuously operating refugee resettlement agency in America. Over the last 100 years, the organization has adapted to offer support and solutions to refugees, asylum seekers, and internally displaced people regardless of religion or nationality.

Los Angeles, a city with one of the most diverse Jewish populations in the world, is a microcosm of how HIAS has evolved while relying on Jewish values to guide its work. L.A. is home to the largest Persian Jewish community, the second-largest U.S. population of Jews from the Former Soviet Union after New York City, and tens of thousands of Holocaust survivors and their progeny. Virtually no corner of vibrant Los Angeles Jewish life would exist today if not for HIAS’ resettlement efforts.

While HIAS has worked with local partners to resettle Jews in L.A. for decades, its community outreach work started in earnest in 2019. The L.A. office has successfully built awareness around the agency’s efforts to help asylum seekers from Latin America, the Caribbean, and elsewhere who have had their rights curtailed by policies forcing them to wait in Mexico for their day in court.

HIAS’ advocacy impacts the lives of refugees and asylum seekers in California and around the world. In 2021, HIAS helped California make history as the first state in the nation to invest state funds into case management for asylees. The HIAS Border Fellows program embeds attorneys with partner nonprofits along the southern border to speak out for vulnerable asylum-seekers as they navigate a complicated and ever-changing U.S. immigration system. In Mexico, HIAS has partnered with UNHCR, the UN’s refugee agency, providing legal aid and other needs for asylum seekers who have been forced to stay in gravely dangerous conditions in Mexico while their cases drag on for months and years.

HIAS continues to evolve to the changing global humanitarian landscape, serving refugees in 16 countries around the world. Forced migration and the need for humanitarian services have soared in Europe, Africa, and Latin America. Examples of HIAS’ current response to the global refugee crisis include, mental health services and safe houses for LGBTQ refugees in Kenya; a perma-gardening program in Chad; counseling for survivors of gender-based violence in Costa Rica; and employment assistance in Ecuador. Ultimately, HIAS is dedicated to continuing to live the spirit of the commandment to “Welcome the stranger.”

Drawing on our Jewish values and history, HIAS provides vital services to refugees and asylum seekers around the world and advocates for their fundamental rights so they can rebuild their lives.

I was a political refugee, fleeing Cuba in the hopes of a better life. When I tried to cross the U.S.-Mexico border, I was denied. The little money I had was stolen and my life was threatened on one occasion; I was scared all the time. A friend suggested I reach out to HIAS. HIAS made me feel immediately understood and helped me when I needed it the most. With their help, I was able to cross the border. Now, with my new life, I want to study, work and move on.

HIAS is committed to proactively responding to emergencies and assisting displaced populations including refugees, asylum seekers, and internally displaced people. These emergencies are complex, arising out of conflict or political upheaval, natural disasters, and the worsening effects of climate change.

HIAS provides lifesaving assistance to refugees across the world, from food assistance for Sudanese refugees in Chad; defending the rights of Syrian and Afghan refugees in Greece; to leading the humanitarian response to the migration crisis in Venezuela. During the COVID-19 pandemic, HIAS quickly mobilized to provide needed cash-based and voucher assistance to refugees with urgent protection needs across a number of countries. HIAS also responded to the earthquake in Ecuador in 2016, and provided psychosocial support in Panama in the aftermath of Hurricane Iota in 2020.

In recent years, HIAS has expanded emergency preparedness and response capacity throughout the organization. A new Emergency Response Department has already played a pivotal role in HIAS’ ability to respond to emergencies like the fall of Afghanistan, leveraging a national affiliate network to welcome thousands of Afghan refugees. Your support can help HIAS respond quickly and effectively as our world rapidly changes.