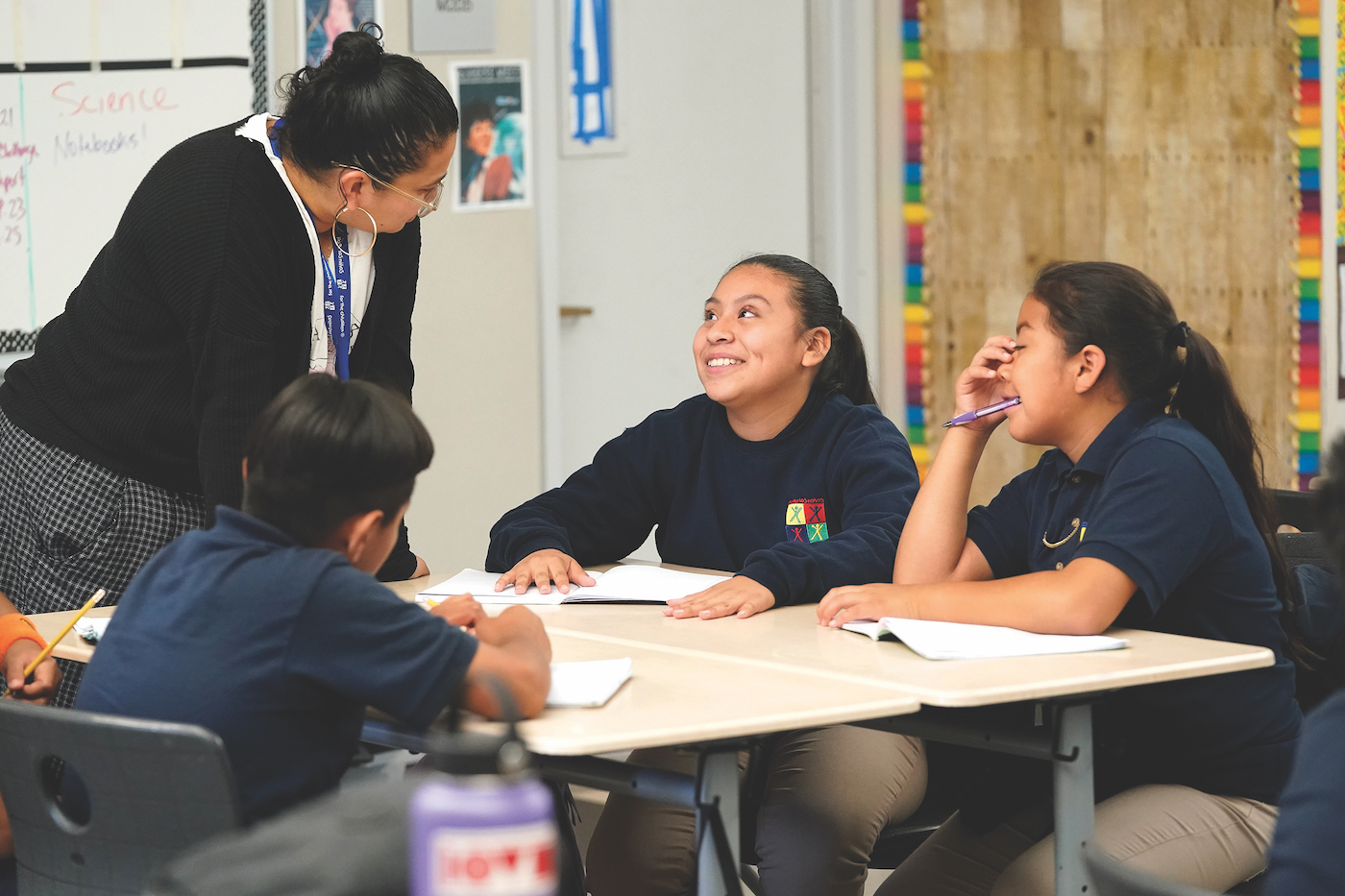 In 1979, an article appeared in the Los Angeles Times depicting how unsupervised children growing up on Skid Row were playing in hallways of hotels and on streets with broken glass. When social worker Tanya Tull read the story, she and a small circle of friends raised $5,000 to establish a safe space for children to “just be a kid” while their parents were laboring in the nearby garment or flower district.

The center became the inaugural project of Para Los Niños (PLN), which over four decades later continues to provide a safety net for Los Angeles County’s most at-risk children, families, and youth.

“It was a safe space for kids to be kids; to grow up and have positive experiences and support,” says Drew Furedi, the nonprofit’s president and CEO. “We quickly became a leader in this field and today are proud to be the only provider of mental health for children on Skid Row.”

Additionally, PLN partners with the city of Los Angeles for community groups like Best Start and youth support. “We work with children as young as six weeks old, through their first years in college. For our youth aged 14 to 24, our staff provides strong relationships to help them navigate their academic and career goals. This program – through a partnership with the Mayor’s office and the city’s Office of Economic and Workforce Development – connects youth with internships, education, and training, plus case management helping youth get on track and stay on track.”

The internship program currently provides more than 500 paid placements at different businesses and organizations within Los Angeles via partnerships with corporations like Bank of America and Grifols, a European biotechnology firm with offices near California State University, Los Angeles.

What truly makes Para Los Niños unique though is the integrated support – all programs and schools incorporate social-emotional skills and mental health care in their curriculum and approach. “We started working with mental health professionals and social workers to partner with families in need and share resources so they can reach their goals – we strongly believe in supporting children within the context of their family and community, so we incorporate families and communities in our work,” Furedi says.

The families served by Para Los Niños constitute L.A.’s most economically and socially vulnerable. Ninety-seven percent are Latino, with incomes less than $20,000 per year, and less than half have more than a high school education.

One alumna of the organization’s very first early education classes, Rachel, credits PLN for giving her the foundation to succeed.

“Growing up on Skid Row, I never knew I was poor,” says Rachel Galdamez. “If you ate once a day that was a good day. All our food came from soup kitchens. For me that was just how things were.”

After being introduced to Para Los Niños, everything changed for Galdamez, a mother of three who now enjoys a full-time job and two houses.

“For me, Para Los Niños was my second home,” she says. “I learned how to ride a bike, play board games, how to read, how to create and how to trust. That was 40 years ago. It was the beginning of something that was going to change my life forever.”

We believe in the children, youth, and families we serve. Our model fosters pathways to success through excellence in education, powerful families, and strong communities for children and youth to thrive.

I was trying to give my daughter Savannah everything I didn’t have. PLN has a comprehensive and family-centric approach. Knowing that Savannah has other nurturing caretakers there was really important for me. Para Los Niños was a great school, and they really became my family. To have consistent and high-quality childcare with nurturing teachers has been life-altering.

Give All Children a Chance to Reach Their Full Potential

Para Los Niños (PLN) was established over 42 years ago to provide a crucial safety net for the most vulnerable families in Los Angeles County. Today, as an integrated service organization, PLN brings together education, early intervention, mental health, public health, community engagement, and leadership development to serve the whole child, whole family, and communities in which families reside.

Serving over 10,000 people annually across 200 zip codes, the unique work of PLN is not able to operate without the support of individuals. You can be the difference in advancing the opportunity for thousands of children, youth, and families to thrive. Make your gift today.

Join the Para Los Niños mission today and help support the next generation.