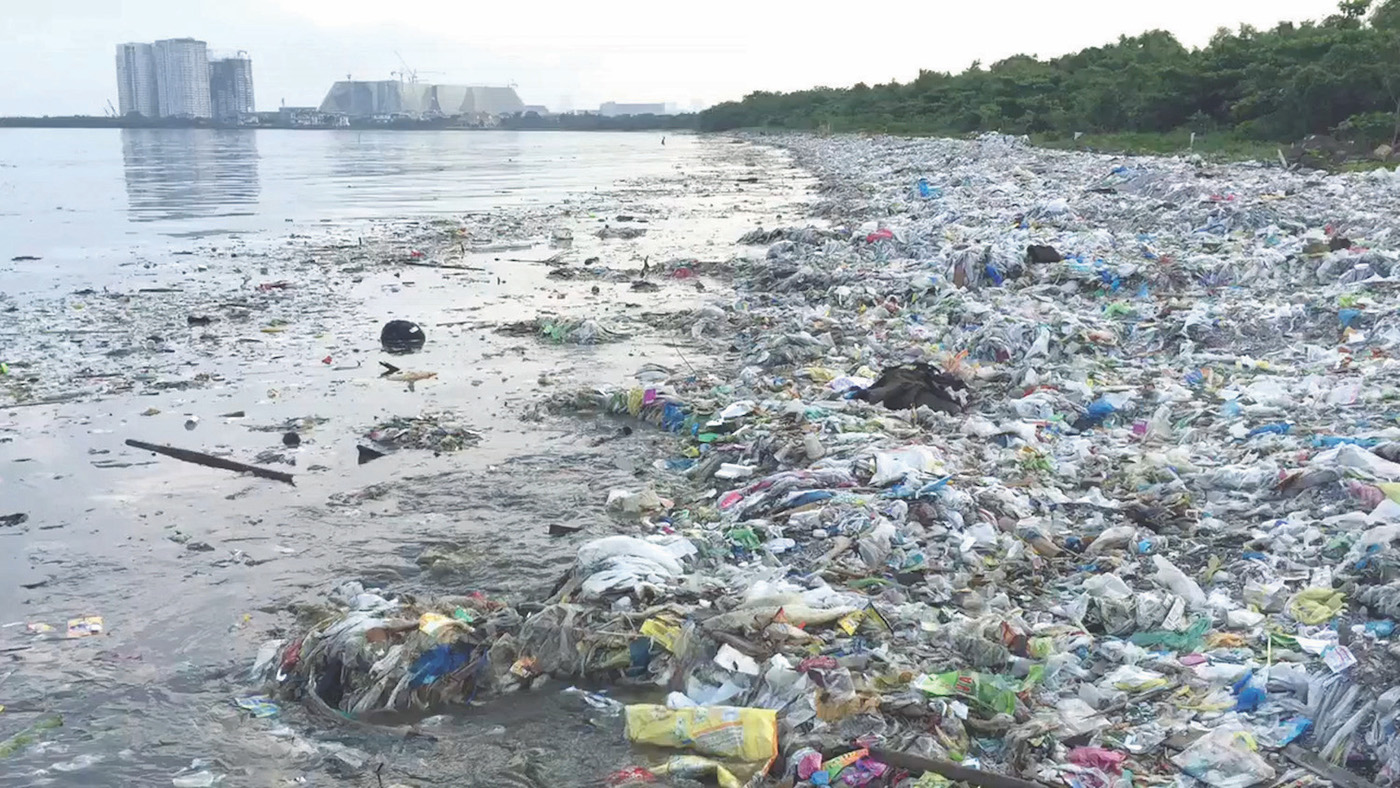 For the Cohen sisters, taking on the embodiment of the fossil fuel and climate crisis – plastic – started with brown paper bags.

It was 1990, and older sister Dianna was working in Belgium. An internationally exhibited visual artist, Dianna had become fascinated with using the varying shades of brown paper bags in her art pieces. But, at a homeopathic pharmacy she was given a plastic bag with a printed image of a dandelion plant with its Latin name – Taraxacum officinale. The irony of displaying something natural on something so unnatural was not lost on her.

She stitched that flower image bag into one of her works and shortly thereafter began using plastic as her primary medium.

As she worked with the plastic, some of the bags deteriorated over time, and she reached out to scientists to learn more about the material. She soon found out this artificial, toxic substance was everywhere, and that it couldn’t be cleaned up.

Having lost her mother to breast cancer as a teen, she began to come to terms with the impacts of plastic on human and animal health. “Once your eyes become open to that, you can’t look at it the same way,” she says. “It changes you.”

While Dianna was awakening to the destructive power of plastic, sister Julia was leading a high-profile career in Washington, DC, taking leadership positions for Planned Parenthood, Rock the Vote, and Youth Vote Coalition during the 2000 election.

When Dianna shared her newly discovered mission, Julia said “what you need is a coalition.”

The name was key. Disturbed that some agencies refused to name plastic pollution, instead using the term “marine debris,” the sisters along with the other co-founders decided to call it what it is. They named their new organization Plastic Pollution Coalition.

Since 2009, Plastic Pollution Coalition (PPC) has drawn from the talents and resources of many living artists, using popular music, film, books, installations, comic books, animation, and participatory art installations to communicate to the broadest possible audience the complexities of plastic’s impact on people and the planet. PPC’s effective use of this range of the arts has influenced the national and international political agenda through support of policy and legislation around single-use plastic packaging. But just as importantly, the aesthetic resources of art have helped PPC to address citizens where they are and to educate them on an environmental crisis hidden in plain sight.

Today, Plastic Pollution Coalition has grown into a global alliance that connects more than 1,200 organizations, businesses, and thought leaders in 75 countries, working as part of a worldwide movement to realize a world free of plastic pollution. The Coalition has supported policy changes in hundreds of communities and countries, and continues to inspire action through education programs, advocacy campaigns, and art projects – even lawsuits. Dianna co-executive produced the film The Story of Plastic, which recently won an Emmy Award for Outstanding Writing: Documentary.

The Coalition has shifted popular culture and policy, challenging the myth that single-use plastics – like plastic bottles, bags, straws, and cutlery — are acceptable. Communicating the truth is one of Plastic Pollution Coalition’s greatest strengths.

“BP called the disaster in the Gulf Coast, ‘a spill,’” Dianna says. “That was very clever marketing, because a spill sounds small and insignificant, but this was actually a massive deluge of destruction.”

Julia adds, “Plastic contributes to climate change at every stage of its existence. With only seven years left to redirect the Titanic of climate change’s impacts on people and the planet, the moment couldn’t be more urgent.”