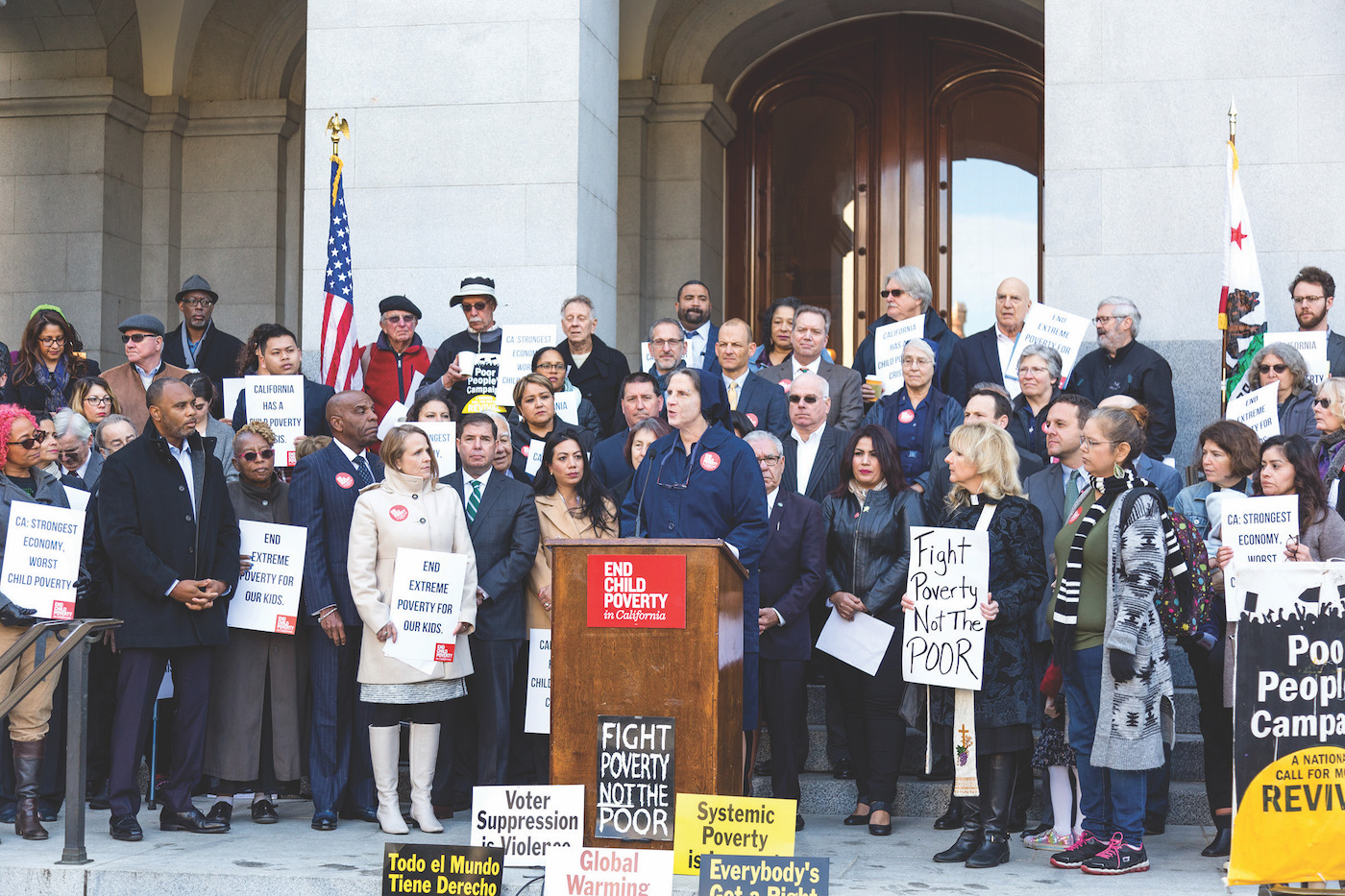 California is the world’s fifth-largest economy, but it is also the state with the largest number of children living in poverty, and the End Child Poverty in CA Education Campaign by GRACE is changing that.

“This is a fight that has been happening for over four decades, to end the war on poverty,” says Shimica Gaskins, president and CEO of the nonprofit GRACE, which has spearheaded enormous government investments in children and families. “We know it takes a lot of political will, but it also takes individuals and advocates fighting and having a movement to ensure… children have the ability to grow and live and play. We can only do that by investing in our communities early on.”

GRACE, which stands for Gather, Respect, Advocate, Change, Engage, was founded in 2013 by the Daughters of Charity in their tradition of humility, simplicity, and charity in service to those living in poverty.

GRACE established the End Child Poverty in CA Education Campaign in 2016 to focus on enacting legislative and policy changes in California to address the gaping inequalities between children of color who are disproportionately impacted by poverty, many living in families who make less than $32 a day. In California, almost two and a half million children live in poverty.

Gaskins joined the Pasadena-based organization in 2021 following a role heading the Children’s Defense Fund’s California office. She also previously served in the Obama administration’s Justice Department, which shaped her work in policy advocacy.

Through its extensive work with community-based organizations and state policymakers, the End Child Poverty in CA Coalition in 2019 helped push California to adopt its first in the nation Young Child Tax Credit, an initiative which enables low-income families to claim up to $1,000 for children under six. That same year it also championed successful state legislation that gave $4.2 billion towards implementing the End Child Poverty Plan that they hope will be fully utilized towards cutting child poverty in half by 2030. Other goals of the organization include expanding California’s young child tax credits and increasing cash assistance and access to childcare.

“Poverty is created, and poverty can be eliminated if we had the right systems in place to support families,” Gaskins says.

“It’s important to ensure families have economic opportunity and support to ensure all children are healthy, housed, and fed,” Gaskins says.

GRACE (Gather, Respect, Advocate, Change, Engage) strives to address the vital needs of people living in poverty by responding in the Vincentian tradition to the call of the Gospel of Jesus Christ. In fidelity to Catholic Social Teaching, GRACE especially seeks to make a positive difference in the lives of low-income families and their children through value-based collaborations and by formulating, implementing and expanding measures to reduce barriers to full personal development and economic stability. (Adopted March 2013)

I am proud to support GRACE in pursuit of this funding opportunity. GRACE has been a true accelerant for equitable change in California, addressing childhood poverty. GRACE has led a collaborative of partner organizations in using fact-based advocacy to support programs which directly address the root causes of persistent and generational poverty. GRACE has used their End Child Poverty Coalition’s collective strength to push California to implement policy changes that are now pulling children and their families out of deep poverty.

California bears the social and racial injustice of having over 1.7 million children and their families live in poverty in California. Poverty has life-long and intergenerational impacts that cost individuals and the state billions in lost opportunities each year.

GRACE and the End Child Poverty California education campaign is building a movement to lift California children and families out of poverty. GRACE has galvanized 174 partner organizations and thousands of individuals to advocate for investments in systemic reforms that provide more cash assistance, childcare, housing, cradle to career opportunities, and nutritious foods so children and communities can thrive, resulting in billions of state dollars invested in the past two years.

The impacts on families due to the pandemic require us to double down on our efforts to advance public awareness and support for transformational policies that not only help families today but also create intergenerational change. Our goal is to raise $200,000 to enhance our digital communications to constituents, organize rallies and listening tours, and update groundbreaking research conducted in partnership with Stanford University that is tracking the progress of the dollars invested. “We built a cross-sector coalition that is breaking down the silos and we need to be able to communicate with them regularly to keep them informed, active, and engaged,” says CEO Shimica Gaskins.