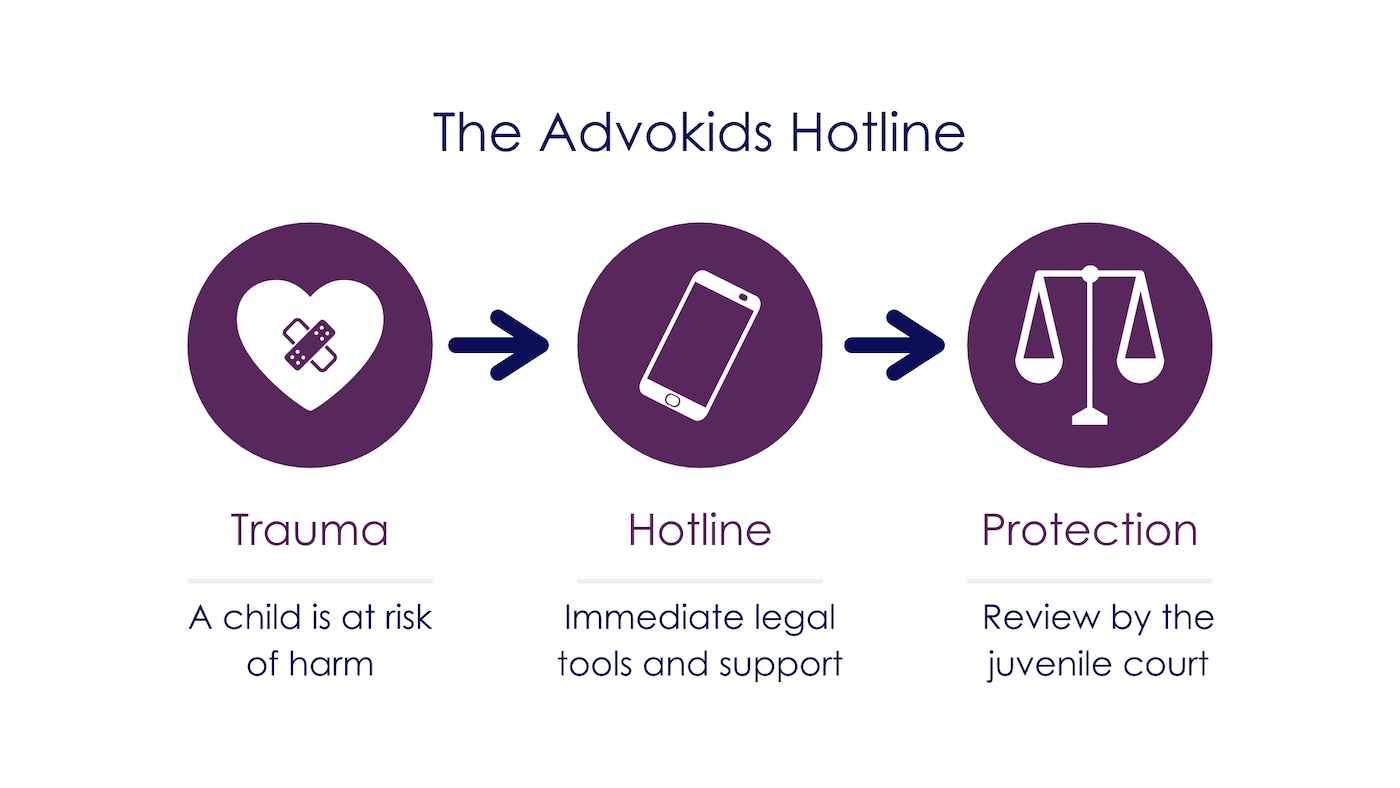 Margaret Coyne and Jan Sherwood were both attorneys working in California’s juvenile dependency system when they met in the early ‘90s.

Discovering that they had common concerns, they started meeting regularly to discuss legal strategies to try to ensure that county child welfare systems were complying with the laws intended to protect abused and neglected children and were adequately meeting the needs of those children. In 1993, along with co-founders Ricki Conrad Ph.D. and Trish Black J.D., they started Advokids, a nonprofit designed to improve and expand advocacy on behalf of children in the child welfare system in California. They wanted to put child welfare back into a system that too often overlooks the needs of the child it is supposed to be protecting.

“The juvenile dependency court system is a closed system, little to no transparency or sunlight. This makes children vulnerable, without adequate oversight or protection,” Coyne says.

They launched a free hotline, the only one of its kind in the state to field calls from other attorneys, caregivers, relatives, and anyone else concerned about the welfare of a foster child.

“Often the calls concern a young child facing an imminent traumatic event. That hotline provides legal information and support to teach callers how to go straight to the courthouse with their concerns,” Sherwood says. Advokids has been doing just that for almost 30 years. The hotline now receives roughly 1,200 calls a year and that number is growing quickly.

“We are triaging calls all day long but it’s not enough just to help one child at a time,” Coyne says. “We want to fix that problem for all children in California.”

Advokids’ hotline data brings to light the recurring county-wide and statewide failures that harm children. “The hotline is where we found out that many relatives were being ignored by county agencies and not being considered for custody of children in their family,” Coyne says. “They were not being informed of their rights to engage in the system and we were seeing an epidemic of delayed relative placements.” Advokids’ advocacy prompted the state to enforce the laws that require county agencies to prioritize family engagement and ensure every relative the right to communicate directly with the court.

The hotline data also revealed that children’s caregivers in Los Angeles were being sidelined and illegally denied notices of juvenile court hearings and the right to report directly to the court about a child’s progress and needs. Advokids, along with several hotline clients, sued Los Angeles to force it to comply with the law. The case was favorably settled and caregivers with invaluable information about the children in their care are now actively participating in their court cases.

“What we do is essential,” Coyne says. “We are the only foster care watchdog agency in California with a direct ear to the ground every day.”

Through 2022, the first $76,500 will be matched thanks to an anonymous donor and The Giving List’s novel matching program.

Advokids co-founders Jan Sherwood and Margaret Coyne are attorneys, but they also have to be administrators. Running a nonprofit takes them away from the cases they and their staff attorneys are so expert in tackling.

“Jan and I are really good at the dependency work,” Coyne says. “But what we need is help. What we need is to be able to afford expert executive and administrative staff to ease the pressures on our legal staff.”

“We just need some real partners who will invest in us and the future welfare of foster children,” Coyne says.

A legal non-profit dedicated to protecting the right of foster children in California to safety, security and a permanent home.

The difference between my carefree childhood and the childhoods of any of the over 55,000 California children in the foster care system is just dumb luck. I didn’t do anything to warrant my supportive and loving upbringing, any more than any child does anything to warrant the stress and anxiety of being placed into foster care. I can think of nothing more beneficial than working with Advokids to reduce the number of children in foster care, to help ensure that the child’s best interests are always pursued, and to minimize the chances that luck dictates the life of children in the foster care system.