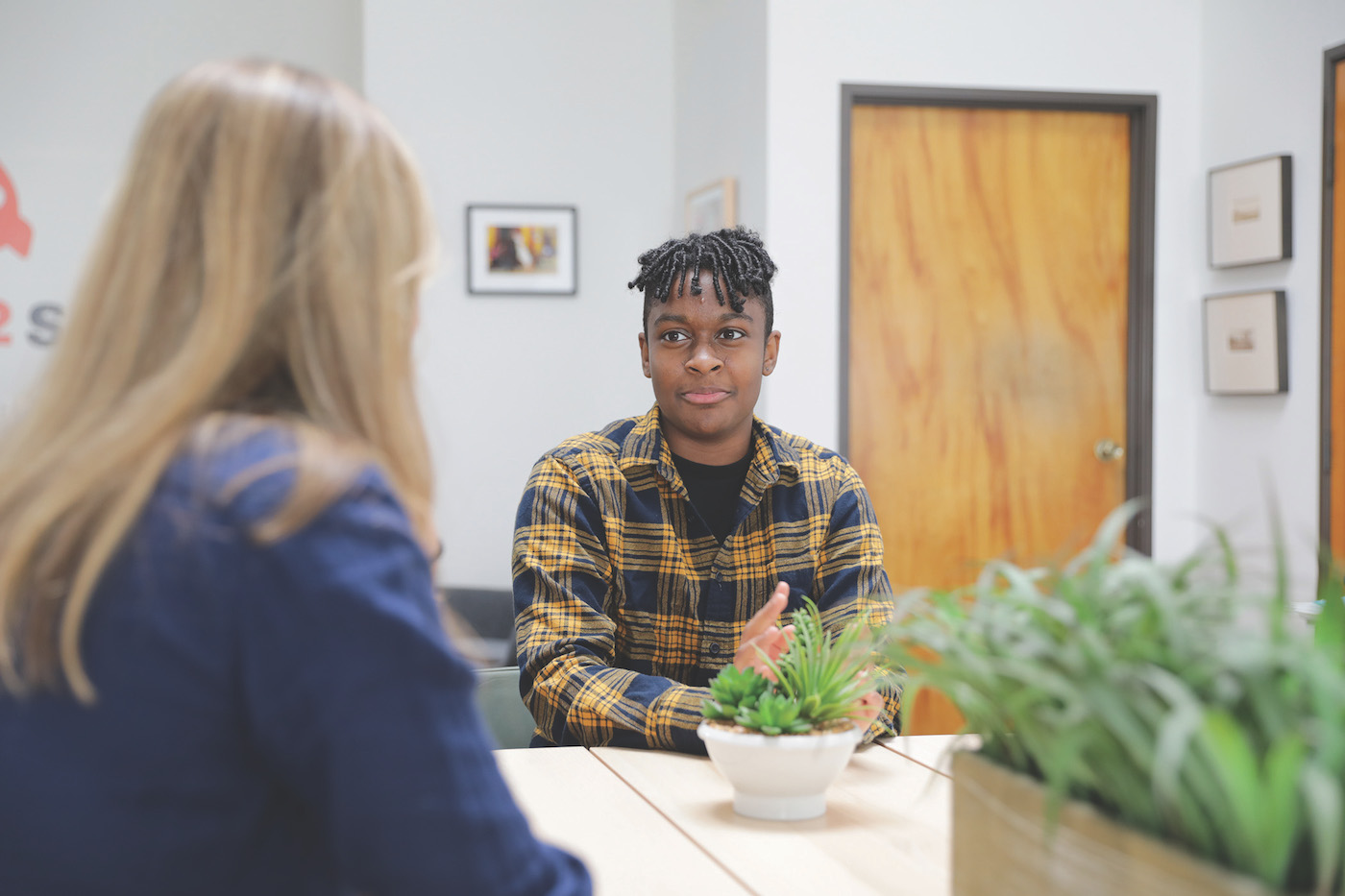 Former film executive and entrepreneur Romi Lassally’s children were in high school when she began envisioning a career mentorship program for young adults.

In the spring of 2015, a friend introduced Lassally to Patrick McCabe, a former Sports Channel executive who co-founded New Roads Elementary School in Santa Monica. McCabe, who had previously worked with homeless foster youth as Executive Director of Covenant House, had also been thinking about such an opportunity for foster youth.

When the Los Angeles natives met over coffee, it was “work love at first sight,” Lassally said. By January of 2016, the duo had joined forces and leveraged their deep networks to create Ready to Succeed, which connects college-aged foster youth to mentorship and coaching, paid internships and high-quality career opportunities.

“Transition-age foster youth don’t have to be homeless, unemployed, pregnant or in jail,” Lassally said. “With the right support at the right time, they can work at Google.”

While there are more than 100 organizations in Southern California that help underrepresented youth get into college, Ready to Succeed is one of the only organizations dedicated to helping young adults with foster care experience succeed in life and focus on their career paths once they are already in college, McCabe said. The organization offers their “Scholars” an intensive and early personalized career focus along with life coaching, connections to industry professionals, and a host of resources and partners providing everything from school supplies and professional clothing, to scholarships and mental health counseling.

“We’re providing unique opportunities and access and helping build social capital for these young people who really need it, absorb it and run with it.” Lassally said. “It’s really thrilling. We are more than service providers; we become fierce advocates for our Scholars and engage others to do the same. We are hoping to create a movement where more people start opening up their network to people outside their own networks – helping build community and connections for those who need them the most.”

Ninety-three percent of their Scholars in the last year have gotten paid career-track internships with companies including Boeing, Disney, HBO and TikTok. Others have landed full-time jobs with Fortune 100 and 500 companies.

One of Ready to Succeed’s success stories is that of 24-year-old Brendan. When he was a boy, his father was incarcerated for life. Brendan’s mother then died when he was 18. He helped raise his two younger siblings while in high school and was taken in by relatives as a young adult.

Brendan connected with Ready to Succeed as a college freshman in 2017, got career coaching and several paid internships and is now participating in Penske Automotive’s management training program in Florida.

“It’s having the feeling that I have a family-like environment backing me,” Brendan said. “It really helps me achieve my goals and helps me be confident.”

Ready to Succeed went from helping five college-aged foster youth become career ready in 2016 to helping nearly 65 youth and more than 45 program alumni today. But they hope to at least double that in 2022.

“All our students are acorns and they’re all growing up to be oaks – not Ficus trees but oaks,” McCabe said. “They already have the motivation and the talent, it’s just  about fulfilling their potential and we provide an avenue for them to do that.”

My grandparents only made it to 7th grade, and my parents made it through 9th grade. I am one of the first college graduates in my family and that is a really big deal because of my experience in foster care and my family’s history of mental health struggles. RTS’s support helped me graduate and really start taking my career seriously. It’s given me the courage to continue moving forward.

Since 2016, the Los Angeles community has rallied around Ready To Succeed’s foster youth and first-generation college students, steadily growing the number of enrolled students and alumni who’ve completed the program to 374.

With more foster youth and first-gen students wanting to join Ready To Succeed than ever before, and 210 enrolled in the career readiness program in 2022, RTS needs your help to raise $100,000. Your generosity will make it possible to help current and future foster youth and first-gen students to graduate college, launch successful careers, and reach their full potential.