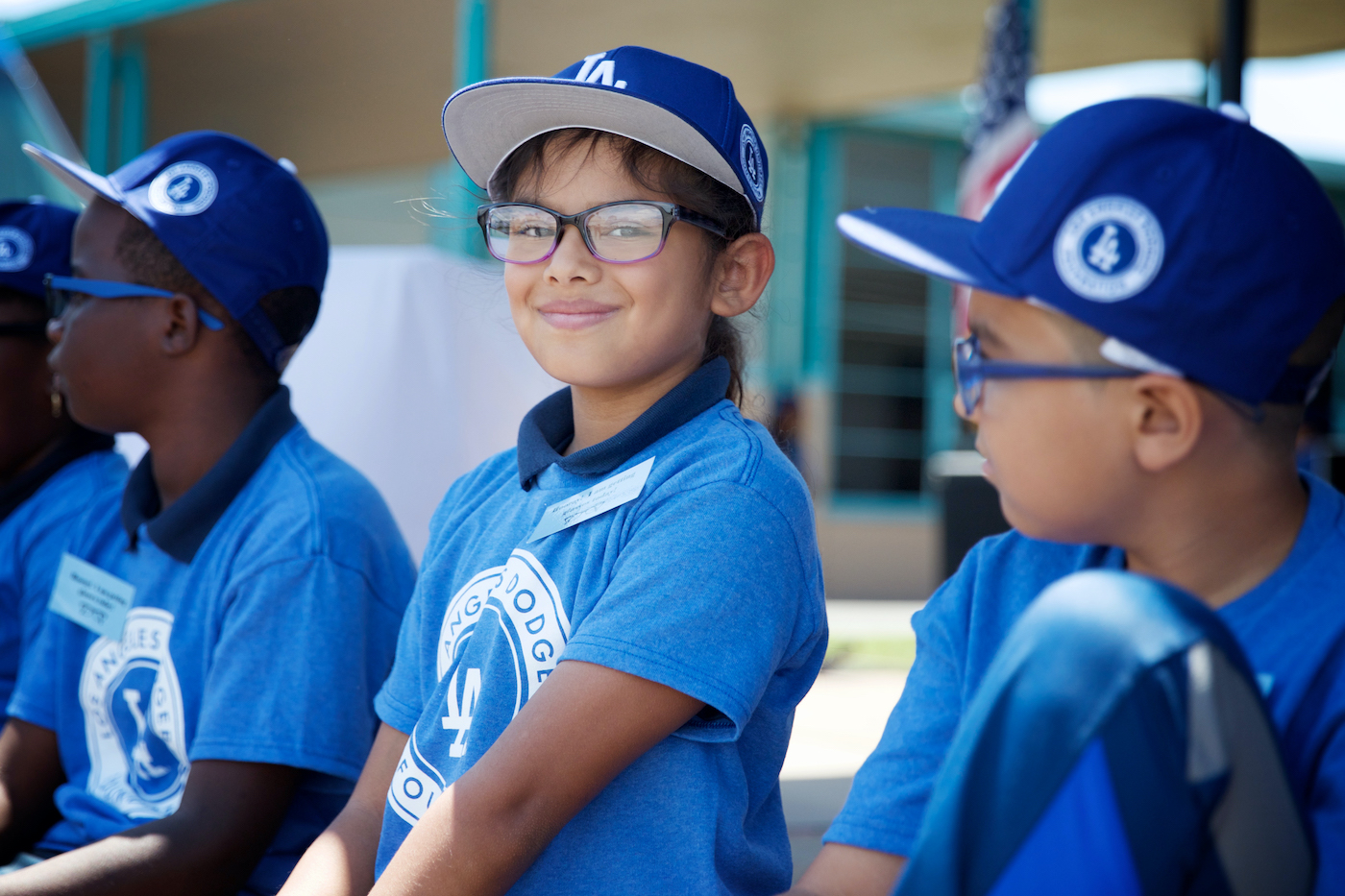 For underperforming public schools across the country, the myriad challenges are plain to see. Too often, for students in those classrooms, however, it’s a challenge merely to see.

Words and numbers on the board, in textbooks, and on test sheets are a blur for some two million students in underserved communities. The revelation that 95% of them don’t have eyeglasses inspired Austin and Virginia Beutner to offer needy students a clearer path to success.

Founded in 2012, Vision To Learn provides free eye exams and glasses from mobile clinics. Launched with a single converted van in Los Angeles, Vision To Learn now has a fleet of 40 and has served 13,000 schools, public libraries, and summer camps in 500-plus cities across 14 states. Its team of optometrists and opticians has screened more than a million children, provided 300,000 with eye exams and 240,000 with glasses – more than 148,000 in greater L.A. alone.

“Vision To Learn helps kids succeed in school and in life,” says Ann Hollister, President of Vision To Learn. “It’s a very simple, cost-effective intervention that makes a huge impact.”

A new study by Johns Hopkins on the impact of providing glasses to children at schools shows dramatic gains in learning. The research is based on the largest controlled study in the U.S., as more than 7,000 children from over 100 schools in Baltimore were included. The children who showed the biggest gains, the equivalent of four to six months of learning, are those who are often the hardest to help – students in the bottom quarter of their class academically and students with learning differences and disabilities.

Vision To Learn has found ready partners in school districts eager to boost student engagement and achievement. (Beutner took a direct role in education as Superintendent of the L.A. Unified School District from 2018 to 2021.) Ties with the Los Angeles Clippers and Dodgers, among other teams nationwide, provide financial support and something arguably as valuable: school visits by star athletes, who help destigmatize glasses. Dodger Justin Turner told students that without glasses, he would never have been able to hit a baseball.

“There’s no better way to make glasses cool for kids than having an MLB superstar tell them glasses will help them play ball!” says Hollister. Students are also enthusiastic about choosing their own frames from a wide selection, including brands like Warby Parker, a Vision To Learn partner.

Growth had been soaring: Vision To Learn provided 91,000 eye exams in the school year that ended June 2019. COVID-19 school closures cut that to 56,000 the next year, but Vision To Learn helped in other ways by using its vans to deliver groceries and, in one case, offering coronavirus tests. The organization is poised to grow again, launching service in Washington, D.C.; Appalachian Ohio; Charleston, South Carolina; and Connecticut, as well as expanding in California and Pennsylvania, as it aims to deliver 100,000 pairs of eyeglasses this financial year.

Racial inequities exacerbated by the pandemic make Vision To Learn’s mission ever more urgent as it races to give all two million low-income students who need glasses the opportunity for a clearer, brighter future. Hollister looks forward to hearing each kid proclaim joyfully, as invariably happens: “I never knew the world looked like that!”

Vision To Learn was founded to make sure every child has the glasses he or she needs to succeed in school and in life. Its mobile clinics solve the problem by bringing eye exams and glasses, free of charge, to children at schools in low-income communities.

No Kid Without the Glasses They Need

Vision To Learn is looking for the support it needs to give free eyeglasses to every needy kid in America. That means it won’t stop until the two million kids who need glasses, have glasses.

“Our goal is to scale this so that no kid goes without the glasses they need to succeed in school,” says Ann Hollister, Vision To Learn’s president. “We want to go wherever there is a need not being met.”